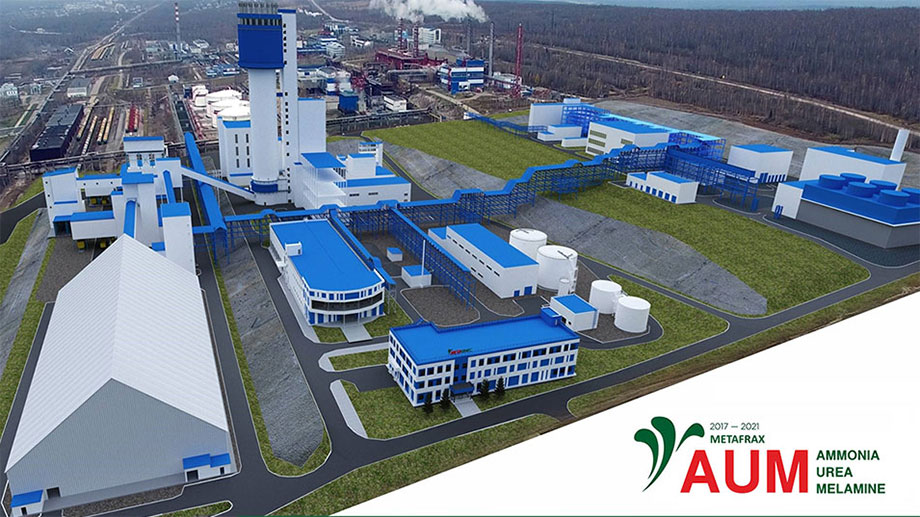 PJSC Metafrax, one of the leading Russian chemical companies, and Casale have entered into a contract for the supply of Basic Engineering Design for a second melamine plant to be implemented near the one currently under construction at Gubakha, Perm Region (Russia).

The new plant’s capacity will be 40’000 MTY, as the first one, and will also be based on Casale’s LEM™ process. A dedicated urea plant, also designed by Casale according to its proprietary technology, will be part of the project with the purpose to treat the melamine off-gases, without affecting the existing urea plant .

The 2nd melamine plant is slated for completion in 2022 and it will be totally integrated into the large multi-product complex, dubbed AUM, currently under advanced stage of realization nearby, which, besides having already boosted Metafrax’s traditional methanol production by more than 30% in Phase-1 (completed), is now meant to add completely new ammonia, urea and melamine facilities.

The key underpinning of the whole AUM project is to make an efficient use of the H2 contained in off gases of the existing methanol plant as well as of the CO2 captured in a dedicated unit from the flue gas of the existing reformers, captured in a dedicated unit, with the purpose to significantly expand the product mix of the original methanol plant.

All technologies used in the AUM are proprietary to Casale which is also the EPCm contractor, thus providing single point responsibilities for the whole complex.

The new melamine plant is the 3rd LEM™ in a row won by Casale after entering the market in 2013, through the acquisition of Borealis’ melamine technology, and it is a testimony of the wide and rapid acceptance gained by this process, which, in turn is the result of its superior features compared to other technologies available on the market:

It is worth to underline that Casale is the sole licensor and contractor in the world which can provide urea and melamine processes, based on state-of-the-art, proprietary technologies, as well as complete engineering design, supply of materials and services.