The Story of Casale

The Story of Casale and the development of Synthetic Ammonia

The internationally-respected company that is Casale SA today has grown out of almost a century of groundbreaking technological innovation, careful expansion and development, and an intimate knowledge of its industry. 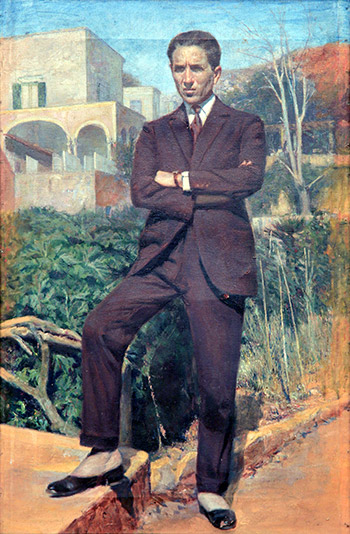 When Luigi Casale created the company in the early part of the 1900s synthetic ammonia was only being produced in Germany by Badische Anilin und Soda Fabrik (BASF), the first company to produce ammonia industrially using the Haber-Bosch process.

The pioneering research which led to the ability to produce synthetic chemicals on an industrial scale meant unlimited access to fertilizers, changing the landscape for food production worldwide. Synthetic ammonia offered a major opportunity to improve the quality of life for populations globally.

This focus on research into ammonia synthesis paved the way for the production of many of the industrial chemicals we have today. The synthesis of ammonia from elements solved a fundamental problem in sustaining food supply at the same time as opening up a new era for technical chemistry by providing the basis for the development of high-pressure technology.

By harnessing this high-pressure process development, operating at pressures higher than its German competitor, it became commercially possible for Ammonia Casale to obtain pure ammonia by direct condensation, as still happens today. This was a world away from the relatively low synthesis pressure where water scrubbing had been used to capture ammonia as an aqueous solution.

By 1923 Ammonia Casale technology had been adopted in Italy, France, Japan, Switzerland, Spain and the USA, with more than 15 plants together producing around 80,000 tons of ammonia annually. Its only competitor then was BASF. Ammonia Casale had also introduced a successful methanol synthesis process, while facilities to produce both catalysts for ammonia and methanol production, as well as high-pressure equipment, were set up to satisfy the needs of these rapidly growing industries.

Expansion continued at a rapid pace. By 1927, the year of Luigi Casale's sudden death, the process had also been adopted in Belgium, England, Russia, and even in Germany, with an overall ammonia production of more than 320,000 tons per year. More than 200 ammonia plants based on Casale's first generation technology were built worldwide, and the methanol process developed by Ammonia Casale remained the dominant technology for over 45 years.

The mid 1960s brought a real technical revolution with the launch by Casale’s competitors of the concept of single-train, energy-integrated ammonia and methanol plants, sustaining the continuously increasing demand and leading to a new generation of advanced processes.

The early 1980s brought the twin challenges for the industry of continuing fast-growing product demand and increases in energy prices: existing ammonia plants, many with downstream urea plants (another fertilizer that became more and more important), and methanol plants struggled in terms of energy consumption and the ratio of capital to capacity.

As building new plants was too expensive in many cases, modernizing old plants to reduce energy consumption and increasing capacity levels became a priority for engineers.

Casale led the way setting new benchmarks by developing innovative technologies and concepts that could increase the efficiency and capacity of existing plants for very low investment.

The growth of the ammonia business alongside the restarting of activity in the methanol field, and the diversification into urea, led to Casale being reorganized in the 1990s into a group of four companies, each dedicated to its own particular area of activity. Since then Casale has upgraded key equipment, such as synthesis reactors, in many plants. Synthesis gas production units, the front-end of ammonia and methanol synthesis plants, and entire urea plants have also been greatly improved as part of the same drive for "plant modernization". Casale also restarted designing grass-roots plants and has built, and is currently building, methanol, ammonia and urea plants.

Between 2013 and 2014, Casale SA took a further significant step in pursuit of its strategy to expand its design capabilities and know-how downstream in its traditional sectors of ammonia and urea, by acquiring two businesses from Borealis. These focussed on the technology for producing melamine and, subsequently, technologies for the production of nitric acid, ammonium nitrate, urea ammonium nitrate and other key fertilizers. This means Casale SA can now serve the needs of operators in the entire nitrogen value chain and other fertilizers as well.

Casale in the world